Posted in: hbcu news, JCSU Latest News
Tags:
This post was originally published on this site 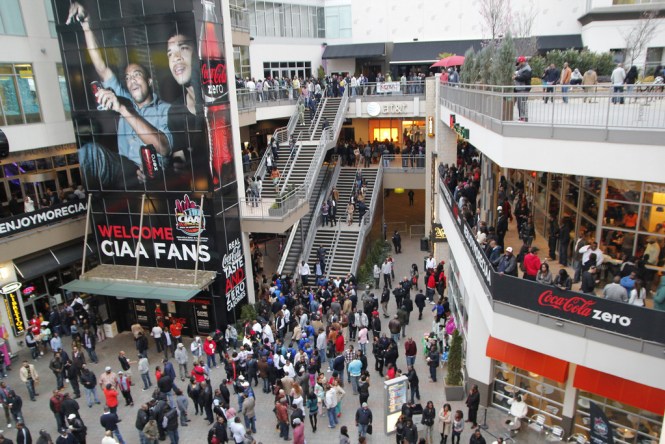 Sherrell Dorsey writes in the Charlotte Agenda this week about the implicit and explicit racial dynamics surrounding the annual CIAA Basketball Tournament in Charlotte. Among her incredible analysis of the city’s quiet racial attitudes, she breaks down the weekly demographic shift in a frank way, and from a global perspective.

For those that are still Google-adept, CIAA does have a website filled with lots of words. People (read white people) should read them. They are important, and they detail what doesn’t get mentioned in local press or secretly at those dinner parties where comfortable microaggressions with friends are exchanged while you’re planning how you will strategically exit the city to avoid “those people.”

Because in reality, white people (not all) don’t seek to look at the historic pathology of why black people have to create our own celebrations to celebrate our damn selves. They see mass chaos instead of the relevance of modern-day segregationist necessity for people that continuously have to prove our humanness and self-worth and value to an entire world that devalues us. Every day. For centuries.

There’s more to this assessment, but it involves the white folks who actually remain in Charlotte and who make money off of the tournament’s presence and the crowds it draws. It concerns the economics of major black events, when a hotel can feel comfortable enough to overcharge black patrons in the name of the tournament.

It continues with public safety reactions to the tournament, like the city manager declaring the tournament an “extraordinary event,” a legal term which gives police officials more autonomy for surveillance and random searching of attendees and citizens.

And it concludes with the media, which takes great strides to report and expose crimes committed during the CIAA Tournament in a way that is unequal to other major events held in the city, such as NASCAR, which two years ago yielded more arrests and citations than the CIAA.

These entities are owned and operated by some of the same white people who live in and around Charlotte, and approach their jobs with the same attitudes, perceptions and fears shared by Facebook posters, Tweeters and Instagrammers who want to decry “negroes behaving badly” in the city. The good news is that organizers and attendees could care less about these attitudes, and show up to produce and enjoy one of America’s great sporting events.

The bad news? Because enough of us show up and don’t care about the haze of racial fear and fascination which hovers over the tournament every year, its affects, especially the negative ones, will be around for years to come.

Give to a Cause

Sign-in
JOIN IN ON THE CONVERSATION WITH OTHER JCSU ALUMNI, IT'S FREE!